The first True Miracle of the New World…

The setting for The Cantora is coastal Brazil during the early 1500s, in the colonial town of Luís, a shipping port for the brutal and lucrative dyewood trade. Many Indians and Africans are enslaved at the port, and the Indians, afflicted with European diseases, are perishing by the hundreds.

A village priest discovers an Indian child with a magical voice, and he allows her to sing the Latin Mass. The regional bishop assigns the girl to Sister Doçura with the intention of making the child singer a ward of the Church. The child is also treasured by her tribe as a mystical Tuguy Kuñã (Blood Woman).

The bishop summons The Vatican’s Consilium de Virtutibus (The Council of Miracles) to certify Yema as a The First True Miracle of The New World, but when an Indian rebellion breaks out, the Council accuses the nun and child of heresy and condemns them to death as Doçura and Yema are forced to flee for their lives.

Listen to the theme song for A Cantora

Singer Julie Larson’s lovely and ancient ballad Hvem Kan Seile captures the many moods of this novel, and even that of Cantora herself—as you will discover in Chapter 42.

In addition to the first novel of The Cantora Series, São Tomé, Paul Cohn is commercially published overseas with the Portuguese edition Rapto em Lisboa by Medialivros/DIFEL Publishers. His short stories have appeared in the Huffington Post, The BoZone Monthly, The Big Sky Weekly, and Writers of the Gulch.

The Many Faces of Cantora

The cover artist for The Cantora, Nicole Brauch, spent many hours preparing black-and-white drawings and color layouts before we settled on the final cover. What follows are some of the layouts she prepared, along with two images that helped guide us through the process. I’ve added comments for a few, and those are noted below the images.

In images 1, 2, 3, and a few others, Sister Leah appears. With the nun’s image included, the cover art looked a little too cluttered, and the image was distracting, so we left it out.

Image 4 set the face of Cantora, age, appearance, look, hand placement, and forest colors. A little of image 6 was blended into the final cover. 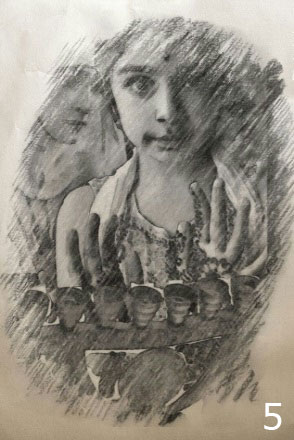 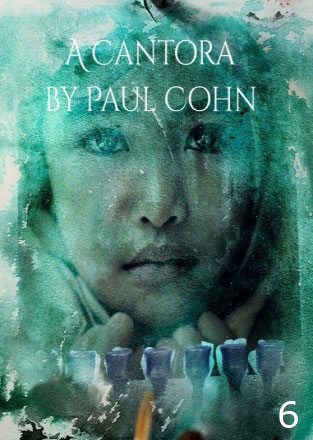 We admired image 8, The Book Thief cover, because of the way Liesel appears to emerge from the painting. 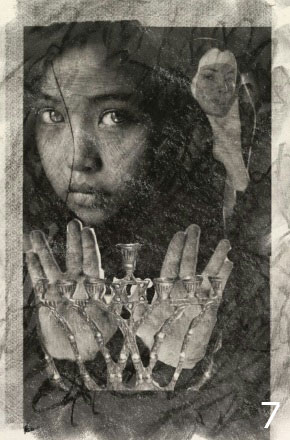 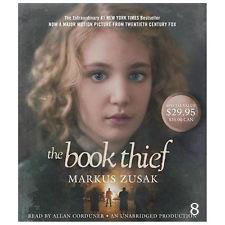 When I saw image 9, I immediately knew the jaguar, menorah, and forest were just about right and belonged on the cover. 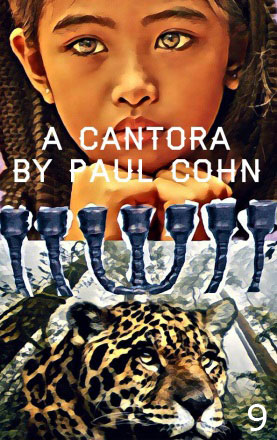 You will notice the baraka hand position in many of Nicole’s drawings. This is the Jewish blessing for the menorah and other sacred objects. It forms the Hebrew letter Shin, ש,‎ a word for God. We could never make the hand position work for the cover because it always appeared as if Yema was pushing the viewer away. 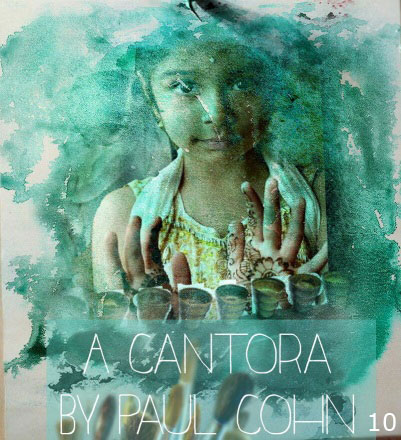 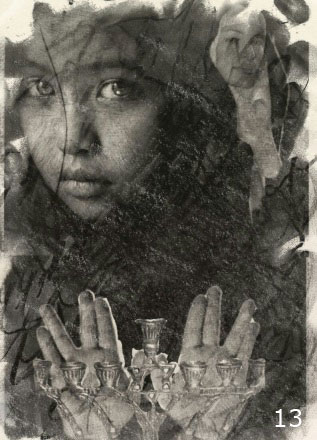 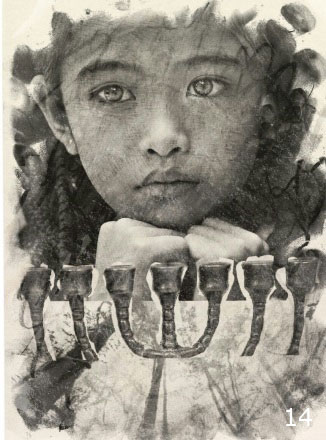 This photo of a Brazilian native girl, number 15, was my original model for Cantora—for her appearance, age, and look of determination. And this is how I imagined her. But we decided to make her appear younger, vulnerable, and somewhat uncertain after several women ~consultants said the kid looks too much like a rebellious preteen. I figured there was no arguing with that. 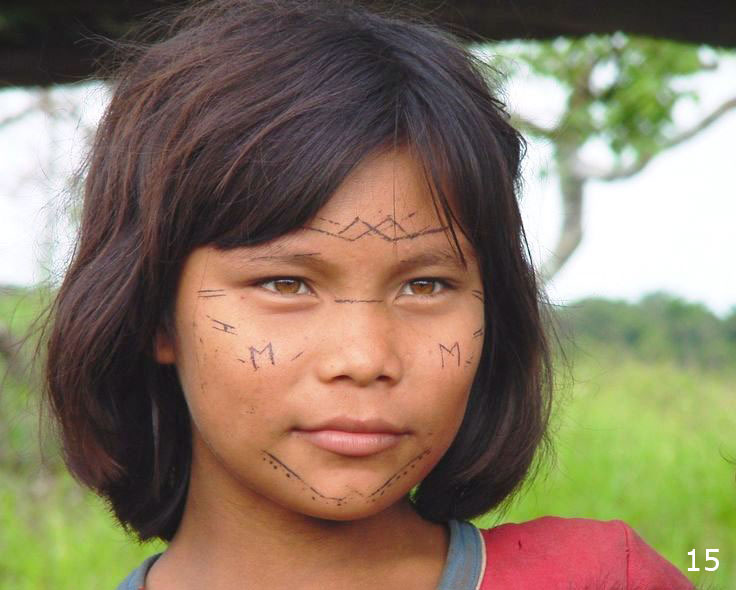 Images 16, 17, and 18 were the final layouts that Nicole used for the completed cover. She tried it both with and without tattoos, but we felt the tattoos were distracting, so we left them out. 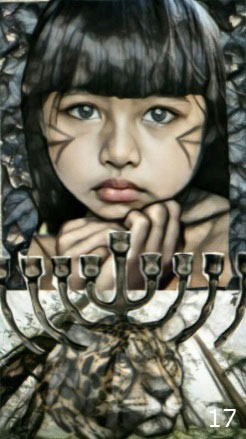 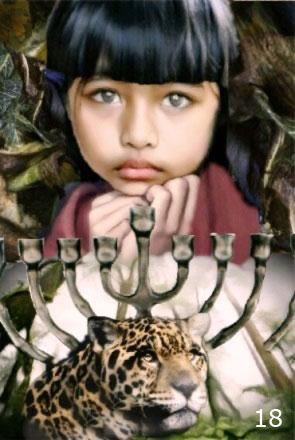